One of Thailand’s largest and oldest cities, Chiang Mai is a tranquil haven of palaces and temples, and a gateway to the verdant northern misty highlands. Chiang Mai is home to more ethical elephant sanctuaries than any other city in Southeast Asia, making it a popular destination for hikers, foodies and animal lovers. object.

Chiang Mai is about 700 kilometers north of Bangkok, so getting there requires preparation. Flying between the two cities makes sense if you’re planning a quick weekend visit as overland travel will take more than half a day. Check out our list of the top methods for getting from Chiang Mai to Bangkok whether you’re looking for a leisurely journey that lets you explore the countryside or you just want to get there as soon as possible.

From Chiang Mai to Bangkok By Bus Bus travel from Chiang Mai to Bangkok is the least expensive option.The majority of buses are the same, notwithstanding the price difference. They have a tiny toilet that most people wouldn’t use unless it was an emergency and three rows of little bunk beds (sometimes with two people to a bed, so it’s best to travel with a friend). These sleeper buses will save you money on overnight lodging despite their discomfort. The price of a bus ticket often includes pickup at your lodging, and they typically leave Chiang Mai at about 6:30 p.m. and arrive on Khao San Road in Bangkok at 7 a.m.

Because the trip takes roughly 10 hours and drivers rarely stop throughout the night, make the most of bathroom breaks and pack some snacks in case you get peckish. When you are sleeping on the bus, be extremely watchful for theft by other passengers or locals. If you want to spend extra money on something a little more comfortable, choose a deluxe bus (beginning at $20). You can reserve any tickets through your hotel or dorm. Don’t lose the paper ticket because there is no computerized processing

From Chiang Mai to Bangkok By Plane 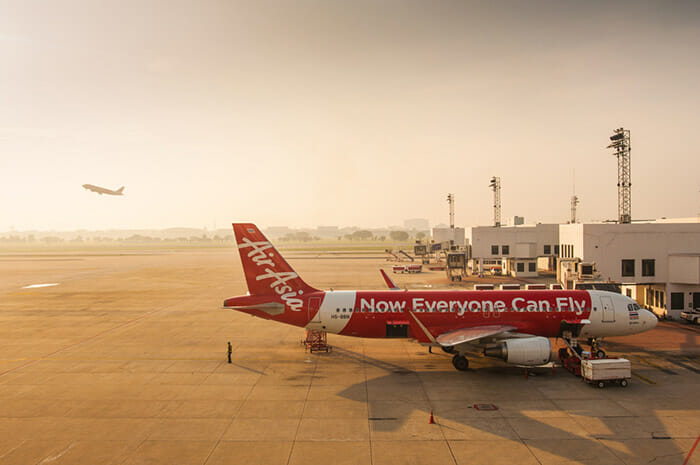 A flight could be your best bet if saving time is your top priority. The direct flight from Chiang Mai to Bangkok takes only 1 hour 22 minutes, much faster than taking the bus! Tickets can be obtained for as little as $36, Skyscanner claims. There are an incredible 16 airlines flying this route, with Thai AirAsia being the most popular. Together, they offer 463 flights per week.

Southwest of Tapae Gate, Chiang Mai International Airport is four miles away. The tuk-tuk ride to the airport takes about 25 minutes. Plan accordingly as Don Muang Airport, not the newer, larger Suvarnabhumi Airport, is where most flights from Chiang Mai to Bangkok land.

From Chiang Mai to Bangkok By Train

The train ride is longer than the bus ride from Chiang Mai to Bangkok —11 to 14 hours versus 10 hours—but has the advantage that you won’t have to deal with the terrible roads that buses sometimes traverse, often causing incidents and other problems in the journey. midnight. Similar to buses, these trains travel overnight, saving you money on room rental.

Depending on the class of seat you want to stay in, train ticket prices vary. There are four different seating options, with the air-conditioned first class being the most expensive. For first-class tickets, it is necessary to share the bed and sink for two (with a stranger if you are traveling alone). Instead, many low-cost passengers choose second-class beds, which feature bunk beds and privacy curtains. While upper bunks are a bit cheaper than lower bunks, they are similar to sleeping in the overhead luggage compartment on an airplane. Tall people won’t be able to spread out.

The least expensive alternative is to sit in a chair for 11 hours, which is not ideal. By choosing a seat in a non-air-conditioned area, you can save even more money. Depending on where you sit, tickets range from $17 to $58. If you book at the station instead of online or through a hostel, you’ll always pay a little less, but that’s risky because trains fill up very quickly.

The Ideal Time To Visit Bangkok

The dry season, which runs from November to April, is the ideal time to travel from Chiang Mai to Bangkok. The entire nation is generally afflicted by torrential rains (nay, monsoons) in the summer, which can make ground transportation difficult, if not dangerous, as well as limit your ability to explore temples and night markets once you are there. Buses, trains, and airplanes will be at their fullest during the summer because it is also the busiest travel season in the nation.

If you intend to travel during or right after significant festivals like Songkran or Loi Krathong, it is advisable to make travel arrangements well in advance. If you intend to go from Bangkok to the islands—the scene of the notorious Full Moon Party—you’ll even need to consider the moon phase.

Above are the ways for you to get from Chiang Mai to Bangkok. Evaluate your budget, time and travel needs to choose the right type.